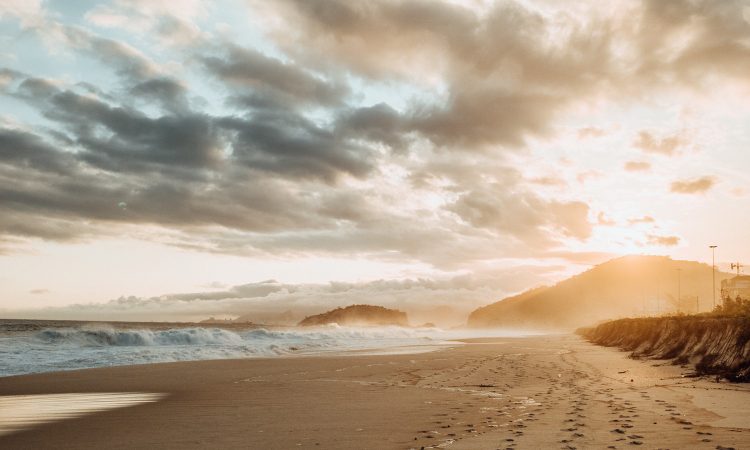 Consider the man Moses for a moment. Only a man with great courage could have brought God’s people out of the land of Egypt. But where did his courage come from? Was he a skilled military leader? How about a trained expert in communication and gifted in motivational speaking? Certainly that was not the case for Moses. So what was it that fueled such an amazing display of courage? The Hebrew writer answers this question in only a few words, Moses “endured as seeing Him who is invisible” (Hebrews 11:27). The reason for Moses’ perseverance is because he knew that God’s hand was there to save him. He was convicted that the power of Pharaoh was nothing compared to the power of God. The hand of God was most evident to the sight of Moses. God was so clearly present that Moses could see Him there, even though He remained invisible to the human eye. This is why Moses was able to endure. This is where his courage came from. He knew he was not alone.

This article is meant to celebrate the hand of God in the lives of those who live for Him. Many have questioned whether God still has a hand in the life of a Christian, and on the other side, many have heartily accepted the hand of God in today’s world without a single argument based on scripture. This article will utilize scripture to the aim that both sides will have a better understanding of the providence of God.

By the term providence, I mean, God’s divine care, management, and direction in our lives. Those who no longer believe that God provides for, cares for, guides, and directs us, may not realize the implications of such a belief: (1.) It cannot be founded on scripture and (2.) One must also reject prayer. Prayer and the providence of God are so fused together that without providence, prayer is pointless. Maybe that’s why many Christians rarely pray anymore. Maybe they can no longer see “Him who is invisible” in their lives. It appears that Satan has published the idea that we are not to rely on God for any kind of help, but we must trust in ourselves, our family members, and our careers to pull us through life. How foolish it is to trust in these things. Look around and consider how many, by not trusting in God alone, have “fallen on the sword” of their family, or job, and more commonly fall on their own sword, just as king Saul did not put his trust in God, and his life was ended by falling on his own sword (1 Samuel 31:4). Christians, we need to place all trust in the hand of God. In doing so, we will begin to see more clearly the hand of “Him who is Invisible.”

It shouldn’t be a hard task for a Christian to “pray without ceasing” (1 Thessalonians 5:17), unless the Christian is lacking in knowledge of God’s power and providence. The scriptures are filled with examples of the unseen hand of God. Consider Acts 14:17, “Nevertheless He did not leave Himself without witness, in that He did good, gave us rain from heaven and fruitful seasons, filling our hearts with food and gladness.” How can we not see “Him who is invisible” every time the rain falls, or the sun comes up (Matthew 5:45), or when the crops produce good things? Have we been so influenced by a world that cares not to acknowledge God that we no longer do either?

Jesus made a number of valuable points that are essential for our study. Beginning in Matthew 10:29, Jesus asked “Are not two sparrows sold for a copper coin? And not one of them falls to the ground apart from your Father’s will.” Why does Jesus speak of the sparrow? Why is the sparrow the example He chose to illustrate? Because they are insignificant, numerous, and nearly worthless (worth only a copper coin). Here He teaches us that even the things we count as insignificant, they are ruled by the unseen hand of God: “not one of them falls to the ground apart from your Father’s will.” This example Jesus gave set the stage for a more personal example for us: “But the very hairs of your head are all numbered. Do not fear therefore; you are of more value than many sparrows.” Even the littlest details about us or our lives are well known to God, and every little piece has been counted by Him. So then, how much more do we stand or fall at His will? The text is clear, it exemplifies what so many have forgotten: the LORD is invested in our lives, He loves His children and seeks to do good for them (Matthew 7:11; James 1:17).

May we never fail to see that the LORD is in control. I know a lot of Christians say that, but do we really see it? The bible does not leave us with an excuse not to see it: Psalm 66:7, “He rules by His power forever; His eyes observe the nations; Do not let the rebellious exalt themselves.” Daniel 4:35 “All the inhabitants of the earth are reputed as nothing; He does according to His will in the army of heaven And among the inhabitants of the earth. No one can restrain His hand Or say to Him, ‘What have You done?’” Daniel 2:21, “And He changes the times and the seasons; He removes kings and raises up kings; He gives wisdom to the wise And knowledge to those who have understanding.” Proverbs 21:1, “The king’s heart is in the hand of the LORD, Like the rivers of water; He turns it wherever He wishes.” Romans 13:1, “Let every soul be subject to the governing authorities. For there is no authority except from God, and the authorities that exist are appointed by God.”

In application of these things, we all need to “pray without ceasing” as Paul told the Thessalonians. Why would Paul command so much time in prayer? If we asked that question, we need to reread this article. God’s hand is in this life, and in a more special way, His unseen hand is with His true followers, in that, they are the only ones who can ask Him for help, guidance, and sustenance, and know that He will help them, guide them, and sustain them, according to His will. Only to them has God given authority to pray (1 Peter 3:12).

How much will we be able to see “Him who is invisible” in our lives if our relationship with Him is strong and we pray continually? James provides a good answer to this question in James 5:16-18, “Confess your trespasses to one another, and pray for one another, that you may be healed. The effective, fervent prayer of a righteous man avails much. Elijah was a man with a nature like ours, and he prayed earnestly that it would not rain; and it did not rain on the land for three years and six months. And he prayed again, and the heaven gave rain, and the earth produced its fruit.” James’ answer is that prayer “avails much.” You may not see a needle in a haystack, but a needle in your toe “avails much” attention. Thus, if fervent prayer “avails much,” then it will be easy to see “Him who is invisible.” Look at Elijah, how easy could he see the work of God? And remember, “Elijah was a man with a nature like ours,” i.e. we can do it to! We have the same faculties at our disposal. 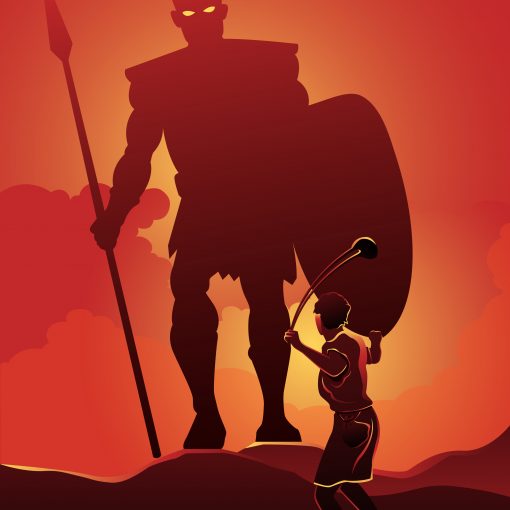 The account of David and Goliath has been told and retold countless times; it stands to reason that some details have been […] 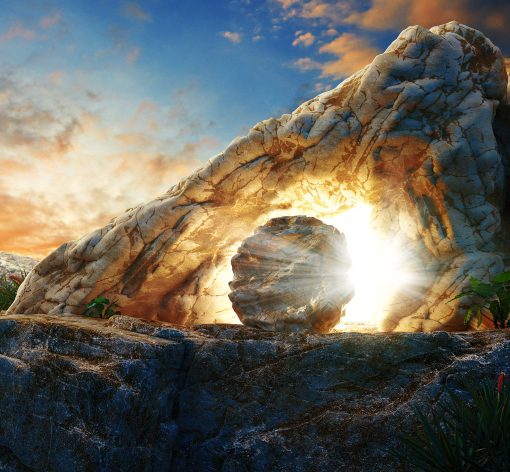 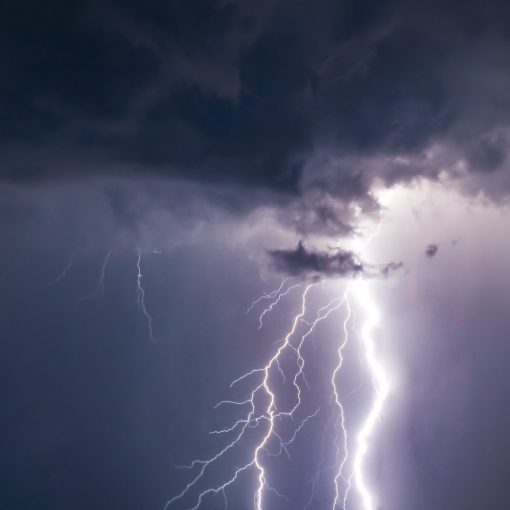 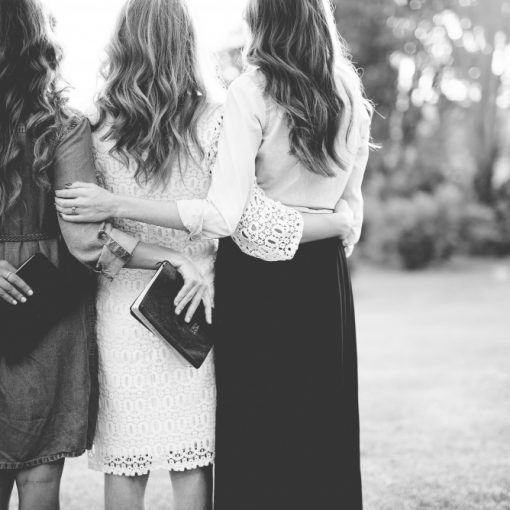